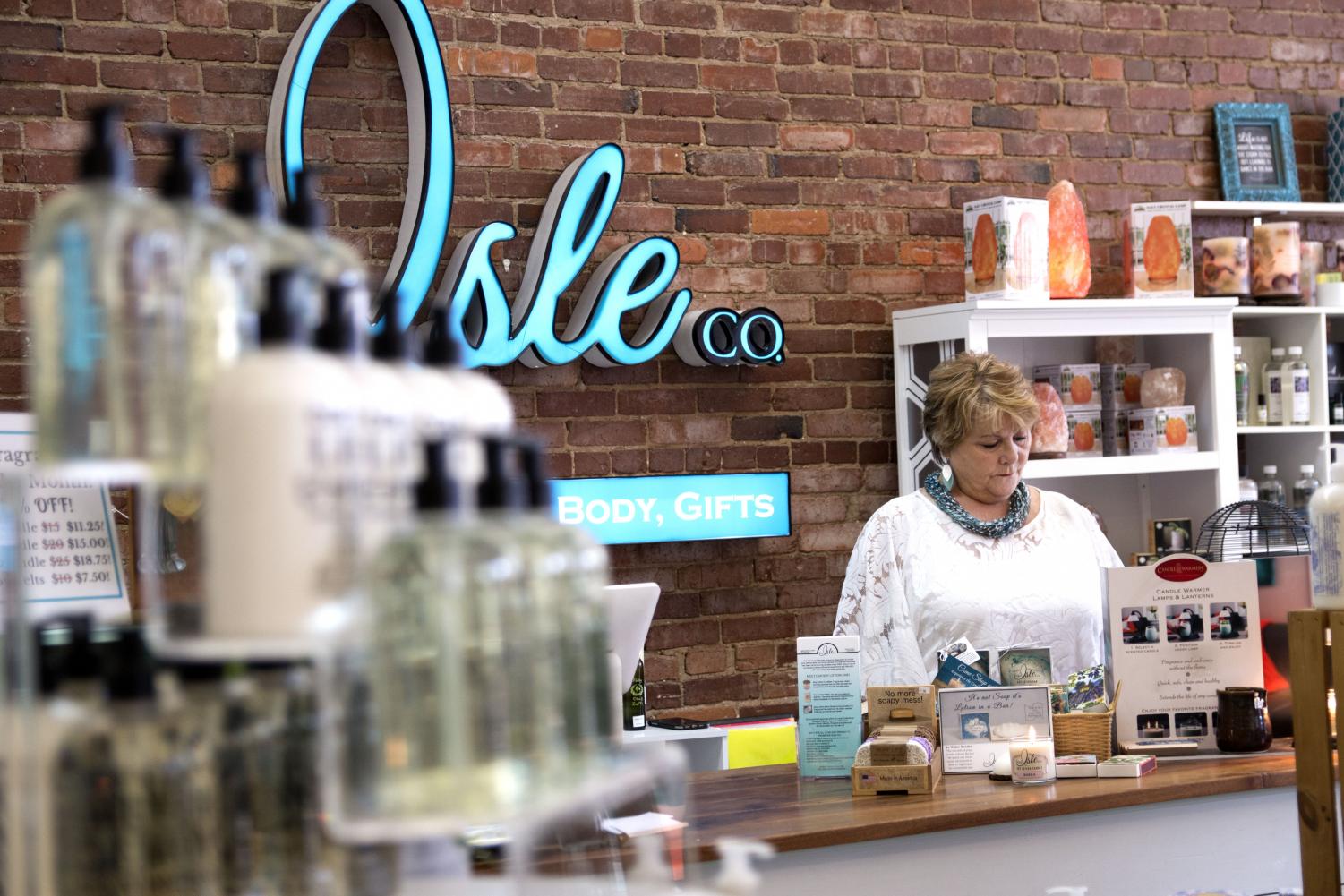 As soon as a customer graces The Isle Co, Paula Puckett greets each patron with a warm smile. Although not the owner, Paula helps to manage the shop, offering her knowledge about the shop’s various products to both tourists and locals alike.

The candle business is located at the front of Agora Downtown Market and just recently celebrated its two year anniversary in that location in June. Originally founded in South Carolina by Kathy and Bob Miller, the family has returned to Harrisonburg, bringing The Isle Co with them.

“We have recently opened a new location in Mcgaheysville, and I kind of oversee this shop, and then the owner’s daughter [Becca Miller Slye] manages the one in Mcgaheysville.”

The factory where the candles are produced has been moved from South Carolina to Mcgaheysville as well, and candles are now poured, labeled, boxed, and sent out across the United States to different locations.

Although the Miller family owns the shop, Paula said that she believes she has formed a strong bond with the owners and their daughter, maybe stronger than a normal employee/employer relationship.

Although many family businesses face conflicts regarding personality or different interests, Paula stated that the Millers lack those problems, leaning on each other during rough times. The business also stresses moral ethics based on Christian values, making sure to give back to the community by donating to local charities, updating their customers on different changes that take place in the shop, and recycling.

“We recycle all of the [candle] jars. When you’re finished with a product, bring us a clean jar back and we give you 20% off from then on.”

The business focuses on producing natural products, both for the newfound popularity of natural products and their healing characteristics. For example, The Isle Co’s most popular product is the soy lotion candle, has several benefits, serving as a fragrance, moisturizer, and vitamin e oil that heals and soothes various skin ailments. The candle is more child friendly as well, with soy burning cooler than wax.

“Everyone’s looking for natural [products] this day in time because you don’t want the artificial chemicals that are harmful to you. The difference in soy and wax is that the soy is environmentally friendly. You don’t get the black residue around the jar, or on the ceiling, or in your lungs.”

Paula said that she doubts that the business will leave the Agora Downtown Market anytime soon, complementing the market on its ability to bring in a steady amount of business along with maintaining a safe, community feel.

As for Paula’s own future, she expressed that she will stay working at The Isle Co for several years to come.

“The love of the family and their morals [makes it so] it’s where I want to be.” 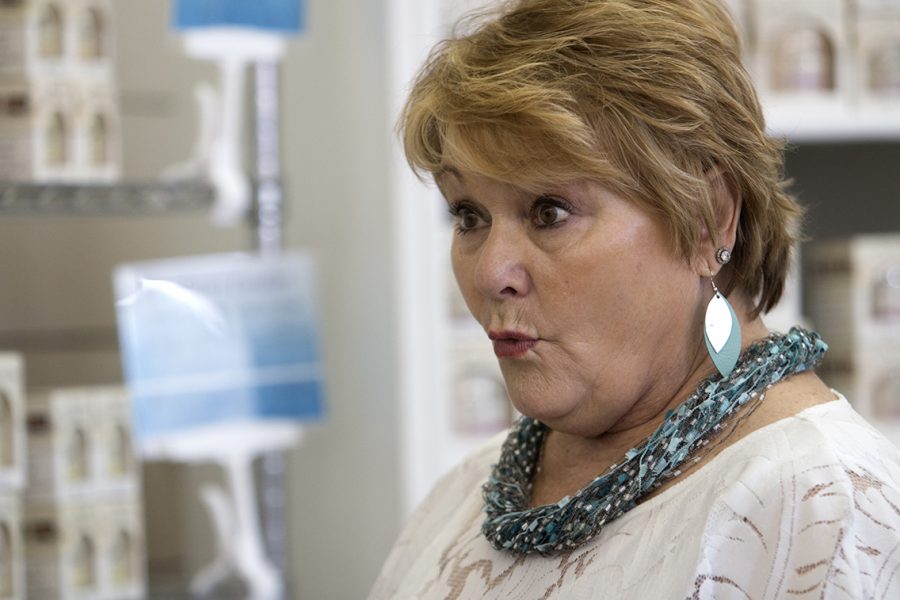