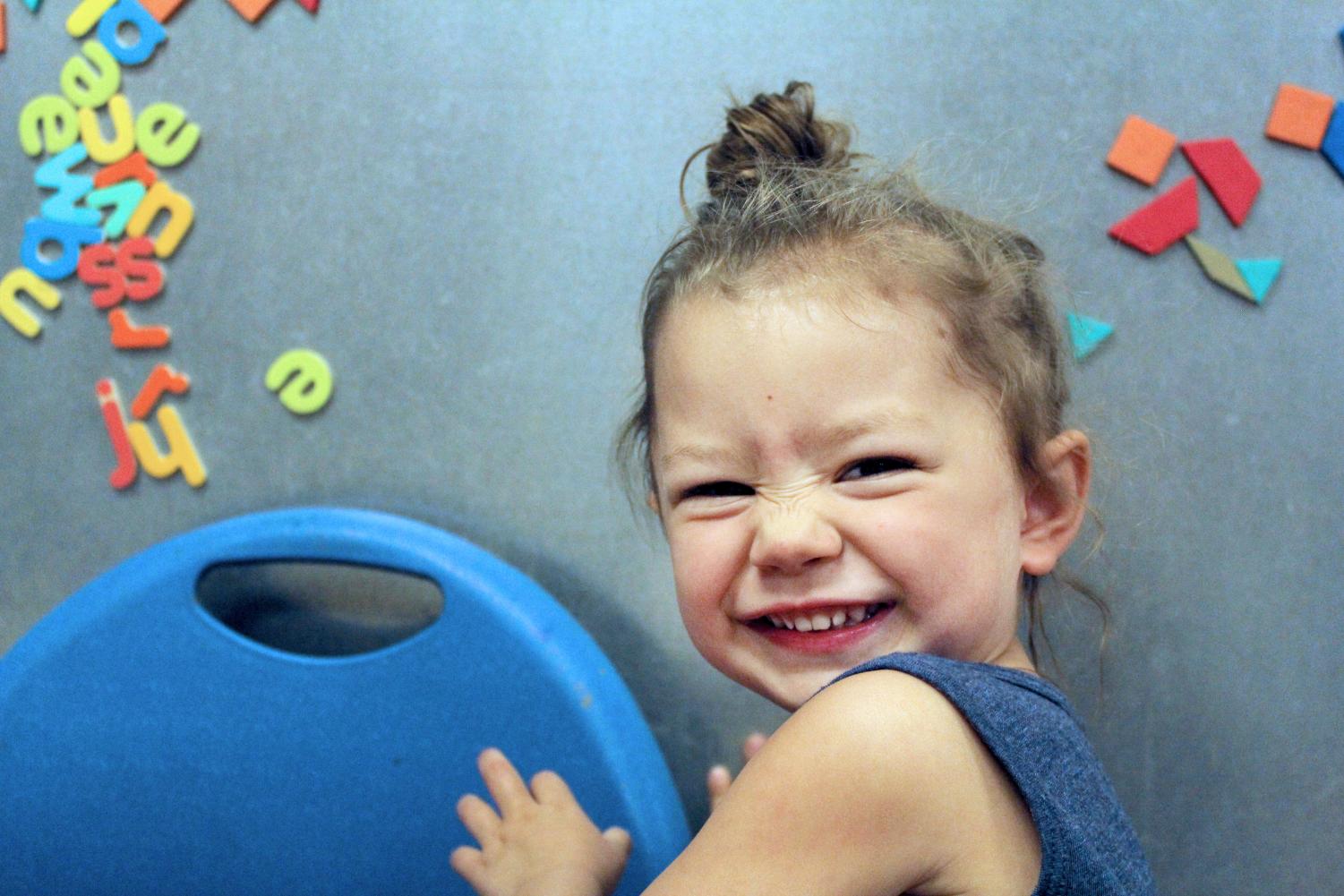 The way children learn is by interacting

Melanie Veith and Lisa Shull have both dedicated hours and hours to the Explore More Discovery Museum in downtown Harrisonburg over the last 16 years, and it wasn’t their first teaching experience. Both had experience with teaching before coming on staff at the museum.

Veith is the program manager and organizes the summer camps and field trips just to name a few jobs. Shull started off as a founder and “lead volunteer” in the first year of the museum when the all-volunteer staff toured Harrisonburg.

Now, Shull is the executive director, a position she has held since the museum moved into its brick-and-mortar location in October 2003.

The two both believe that the kids in the community should learn through hands-on learning.

How has working here impacted your life?

Veith: “Well I’ve been here for 16 years, so what started out as sort of a volunteer commission to keep myself busy turned into my career. I used to teach and I decided not to go back to the classroom and to stay here instead.”

Why’d you decide to stay here instead without going back to teaching?

Veith: “There’s a lot more freedom, it was also a lot more flexible. I don’t have to worry too much about SOLs. We follow SOLs for our field trips and things like that and we try to correlate them, but I teach what I want to teach when I want to teach it here.”

What are some of the things you do when you teach just by yourself?

“[Teaching in a fun way] sticks in their head more. It also holds their attention for longer. But if you are taking a potions class that you have to take in order to become a wizard by the end of the week, you’re more likely to focus and pay attention. Also we tend to teach things — like, next week there’s a dissection class — that’s something most kids aren’t going to do until middle school or high school. I can introduce it to them when they’re really young, and then hope that then when they see it in 9th grade it’s like, oh I remember I did this!”

You organize the programs, correct? What developed kids most?

Veith: “Interestingly enough I think it’s our middle school program that we do in the school year called TedEd. You know, our core audience is probably 1-10 or 1-12 and here we’re really reaching to 12, 13, 14 year olds. Part of the reason it’s impactful is we have such a great partnership with JMU, so they work almost one on one with JMU students.

What are some of the things that you do in that besides the Ted Talk? In the end, is there like skills building up to that?

Veith: “Yes so it’s a 12 week program and it follows a curriculum. So the first week we talk about what are ideas, what is an idea, what makes a great idea. There’s a lot of, ‘Have you thought of this? What about this?’. They give each other a lot of criticism.

What were some of the presentations?

Veith: This past year we had ‘Women’s Equity in Sports,’ looking at equal pay for women in sports, which has been brought to the floor again because of the world cup championship, and that they still don’t get paid as much as the men. This year we had a young man who has autism who came in and did a presentation on the importance of teaching higher level mathematics to young kids and proceeded to do this amazing Ted Talk that we were blown away by.

What has JMU helped do that you think influences the way the kids learn here?

Veith: “One of the things that’s nice about our proximity to JMU is we often have students here who never thought of college as a possibility, like are first generation or don’t even know what (college) means or what it’s about, and so having students from JMU and students from all blocks of life come in and sort of introduce that concept to kids is important. Also they do special programs for me, it’s really helpful- the early childhood students, twice a year, come in and do stations that teach science around the museum and that kind of thing, so that’s really an important part of it too.”

In your own words, how exactly does the Museum for All program help the kids?

Veith: “So we’ve always offered free programming here at the museum, but it was very certain times. The first Friday of every month was free, but that meant if you couldn’t afford to come, you could only come when we said you could come. Museums for All, while it’s not completely free, it does reduce it to a price that most people can manage, at $2 a person. If you’re off on a Thursday afternoon and you wanna bring your child in, then you can come on your own schedule.” 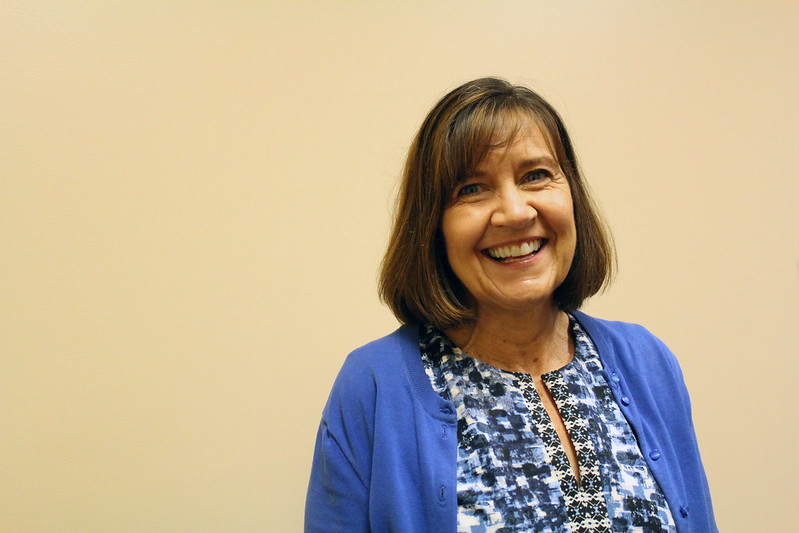 Why did you decide to start the museum?

Shull: “I would always take my kids to children’s museums, and I just had this bug that we needed one.”

What were some of the things from the traveling museum that you applied here?
Shull: “We take themes that we figure are of interest to families, to children, and we try to make them as interactive as possible. When you think about museums, sometimes you think about ‘put your hands in your pocket and don’t touch,’ but the way children learn is by interacting.”

How did your teaching career help you with this job and what is different?

Shull: “I feel like I get to take the very best aspects of teaching and live it every day. Unfortunately, teachers have to do a lot of administrative duties, and they have to have a lot of standards that they are responsible for, that aren’t always ideal for children in learning. We get to do the best parts of teaching. Immerse kids in things that they’re interested in and provide experiences in programs.”

How do the donors help the museum, and what do you think compels them to donate?

Shull: “We’re a nonprofit. For us to do this on a regular basis, we have to supplement what we’re able to charge people. (The donors) really like our mission and are understanding that educating our youth is really important to the future of our community. I think the fact that we are appreciative and we thank them. Donors really like to know that their donations made an impact. We try to share the impact with those donors, so that they’ll know where the dollars have gone. We make sure to use every resource however we can.”

What do you think sets this apart from how the kids learn in school?

Shull: “Kids have more time here to pursue their own interests. When they come in, we don’t tell them ‘you need to come over and complete this assignment’ or ‘stay in this one area.’ They really are in charge of their own learning.”

What is  the point of Makerspace, a second-floor space in the museum for older kids?

Shull: “We’ve found that in the museum, when children were around 9-10 they were starting to lose interest. Even if they have fun when they came, they kind of outgrow it. At least in their minds.”

Alissa Whiting, 5, was at the museum for an enrichment camp. Her mother, Jenny, said Alissa enjoys shopping in the market exhibit and favors the theater exhibit where Alissa paints her own face and tries on costumes.

And it was not only her child that made her visit the exhibit. It was all the kids.

“The kids. They can all find something that interests them. There’s a variety,” Jenny said.

She followed up with saying the Makerspace, which allows children aged 8 and up create projects, largely benefits her older kids. “It gives opportunities to kids who outgrew [the museum].”

Steve Witmer takes his two young boys to the museum more than twice a week. He likes that his children are given the resources to explore and develop their imagination while also experiencing new things.

Xander Rodriguez, 11, previously attended a computer programming class at the museum where he said he learned about “visual phenomena” and how to make objects on the screen move. He states that he doesn’t know what he wants to be when he grows up, but that the “creative games” available at the museum are helping him figure it out.

Jennifer Campbell said she appreciates the museum being so close to home because it gives her children “a break” and let’s them explore independently. “They figure out their likes and dislikes,” she said as she ran after her little boy.

Cam Evans, 10, visited the museum for the first time Tuesday afternoon. His mother says the visit was a surprise to get him out of the house. In response to whether the exhibits inspired him to try anything new, “The mechanic station because I could take parts off and look at them with the wrench,” Evans said.  He concluded by expressing his excitement to explore the rest of the museum.