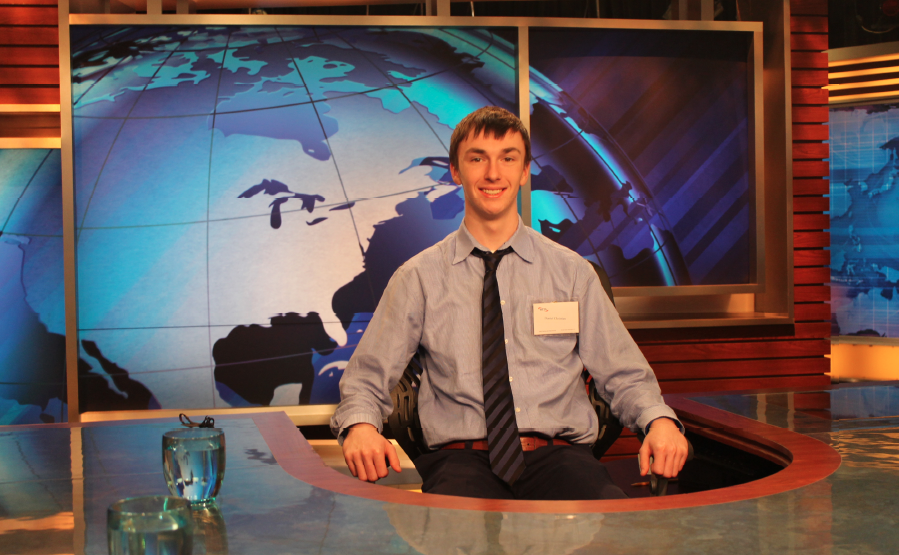 Flint Hill’s Daniel Christian doesn’t know why he exactly signed up for a journalism class in the seventh grade, but nevertheless moments into the course he knew it was a perfect fit. The senior has been named this year’s Journalism Education Association Virginia Journalist of the Year 2013. The JEA selects one scholastic journalist honoree from each state. Christian will now be eligible to be selected as the National JEA Journalist of the Year.

Christian is the editor-in-chief of Flint Hill H.S.’s The View, an online publication that prints once a year. He has also been the sports editor for the publication. He is in charge of assigning and writing stories, as well as designing the print publication and the website. Christian was selected by the Washington Post Young Journalist Development Program and has spent time working with Post writers fine-tuning his skills as a reporter.

Christian’s love for sports and writing motivated him to do more than the work for his school paper. Early on in his writing career he turned to the web to begin developing his talents online. His personal blog led to work with the online sports blogging platform Bleacher Report. This work in turn led to an internship and then a regular feature column assignment covering the Atlanta Hawks.

But his ultimate goal was to report for a site that was recognized on a larger level. All of his work paid off when he was contacted by the ESPN True Hoop Network to cover the Hawks. With his connection to this network, Christian gained a greater access to players and games in the NBA. He has continued to work with True Hoop and has interviewed players and covered games as credentialed media.

His adviser, Robin Goldstein said, “Daniel Christian is a shining star in journalism.” Christian will be attending the University of Missouri School of Journalism in the fall.