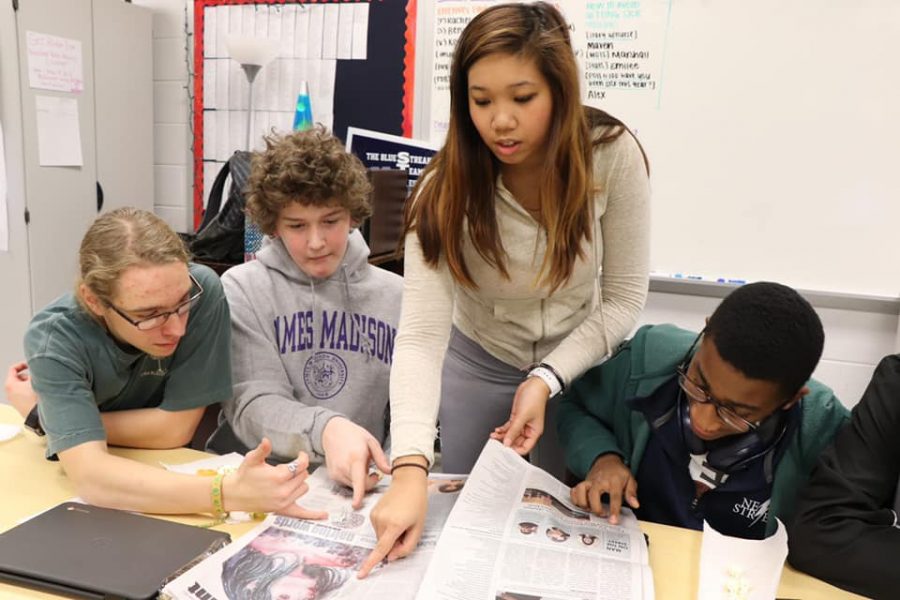 Pointing out design elements, Nyah Phengsitthy, an editor-in-chief at the Newsstreak, works with freshman staff members.

Congratulations to Nyah Phengsitthy, a senior at Harrisonburg High School, who was named the Virginia Student Journalist of the Year by the Virginia Association of Journalism Teachers and Advisers.

In addition to recognition by VAJTA, Phengistthy has also been honored by the Virginia High School League, which awarded her the annual Colonel Savedge Scholarship Award.

Phengsitthy is an editor-in-chief at the Newsstreak, which is advised by Valerie Kibler.

After earning recognition in Virginia, Phengsitthy’s portfolio went on to represent the state at the national student journalist of the year competition hosted by the Journalism Education Association.

The JEA named Phengsitthy a runner up. She was honored at the National High School Journalism Convention last month in Anaheim.

Hannah Miller, a fellow editor-in-chief at the Newsstreak, earned third place in the state contest.