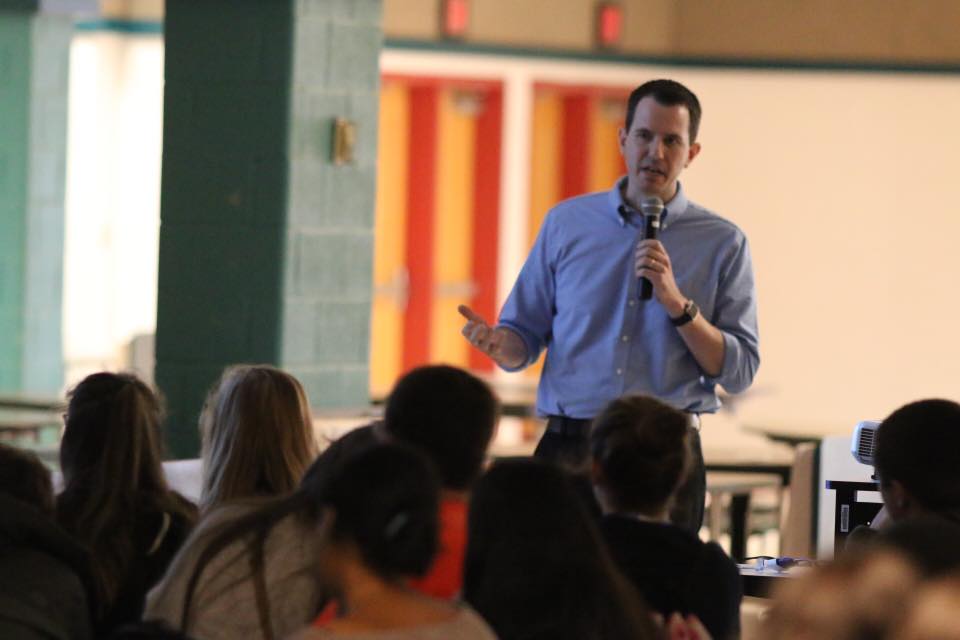 Kelly Furnas, lecturer in Communications at Elon University, is the 2017 recipient of the Virginia Association of Journalism Teachers and Advisers (VAJTA) Award, which recognizes organizations and individuals that have furthered scholastic journalism in Virginia.

Furnas has been an exceptional friend to scholastic journalism in Virginia and the country for years. As the media adviser at Virginia Tech, he helped to begin jCamp in Virginia and hosted it at Virginia Tech for its first six years. He then moved on to serve as the director of the Journalism Education Association, but faithfully returned to all but one summer to teach at jCamp.

The epitome of a scholastic journalism supporter and advocate, Furnas has an unparalleled work ethic. When he believes in you or a cause, he gives it everything he has, and then digs deep to give just a little more.  This coming January, Furnas will be returning to Virginia to be the adviser-in-residence for the annual jRetreat, where he will instruct a group of advisers in ways they can use multimedia broadcast in their journalism classrooms.